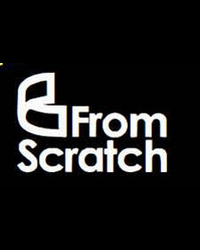 × The Playwright Development Program, an initiative from the Miami-Dade County Department of Cultural Affairs in conjunction with the South Florida Theatre League and The Deering Estate at Cutler, is a series of weekend workshops over the span of two years led by nationally renowned playwrights. Started in 2001, the Program provides intensive support for cultivating new work from Miami’s growing and diverse community of playwrights. It has successfully served as an incubator for new works that have been produced by major theatres nationally, including Christopher Demos-Brown’s “American Son, which had a successful Broadway run and has been adapted as a Netflix movie starring Kerry Washington and Steven Pasquale. Special thanks to Andie Arthur, Michael Yawney, the Sandrell Rivers Theatre and The Greenhouse Project for partnering with the Playwright Development Program and supporting the growth and development of new plays and playwrights. This year’s playwrights: Jessica Farr, Israel Garcia, Ean Kessler and Gina Montet have been led by Master Playwright, Sheri Wilner.

Married and in love, Christine and Mark are eagerly expecting their first child. When the birth doesn’t go as planned, Christine’s anxious mind escapes to an imaginary world crafted from the movies she loves. Maternal instincts elude her and she pulls away, losing her grip on reality as the fantasies take over. Overactive Letdown is a revealing portrayal of motherhood and an intimate unveiling of the downward spiral of post-partum depression.

The Words of Dead Men by Israel Garcia 5pm

Two brothers find the last words written by their recently deceased dead-beat dad. The question of what to do with the remains becomes the moral battle over forgiving versus forgetting, the existential wondering of a spiritual existence, and the general bloody noses and accidental poop that would normally follow.

A comedy about cancer. Frank has decided to end chemo treatments, choosing instead to chain smoke his way to the bitter end. This has spurred his son, Steve, to return home to care for his ailing father. In an attempt to get Frank to go back on treatments, Steve has hired Marty--a born again hospice aide, with a song in his heart. The deal is this: if Frank goes back on treatments, Steve will fire Marty. If not...Marty stays...until the bitter, bitter end.

The Gulf by Jessica Farr 5pm

Narrated by a drone combing the South Eastern coastline, THE GULF, imagines a post-nuclear world where four relative strangers live together in a fallout shelter after the last in a series of nuclear bombs has hit the ravaged South Florida Coast. When one of the shelter's inhabitants ventures out in search of food, the world outside of containment calls to them once more.

All presentations will feature an American Sign Language interpreter.